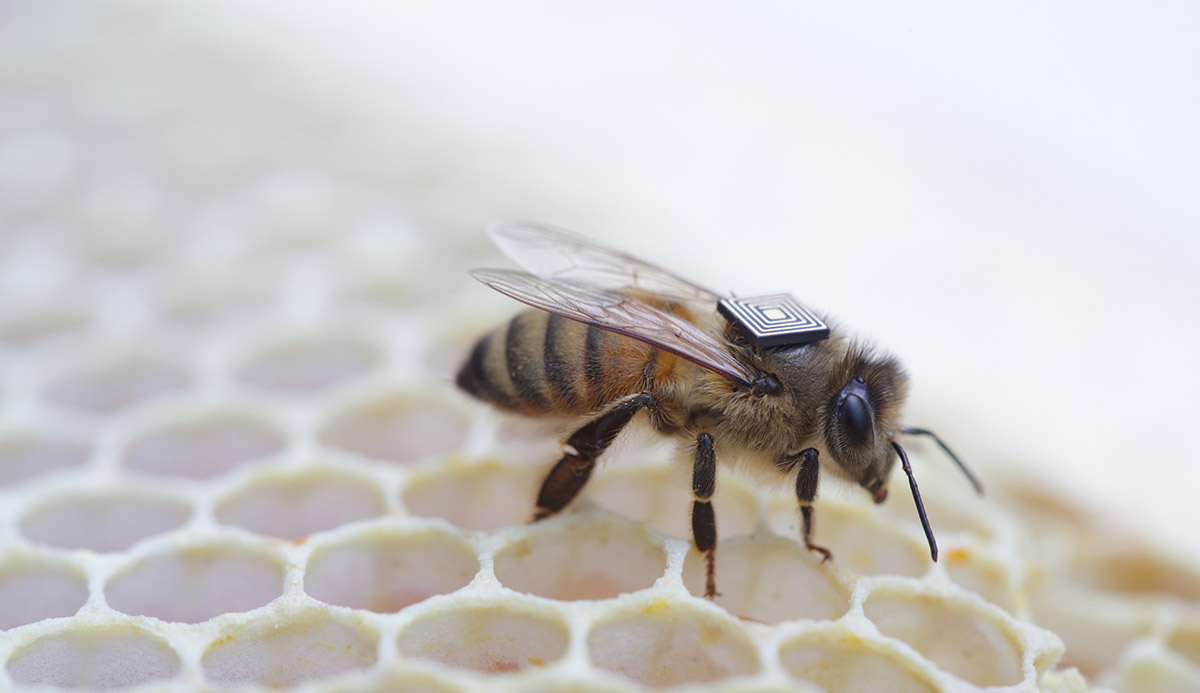 If you read my last blog post, on The Internet Of things – I explained how there are going to be billions of connected devices that help us out in every day activities, by monitoring and tracking different things to make us more aware.

This week is a great example of an Internet of Things device that has just come out, that will aid the animal kingdom – specifically Bees.

Australia’s Commonwealth and Industrial Research Organisation (CSIRO) researchers are wanting to pinpoint what is leading to the mass death of honey bees – its being called colony collapse disorder.

CSIRO has teamed up with Intel to create a “backpack” that can be attached to the bee’s as can be seen in the picture above.

It is based on Intel’s Edison platform (made for internet of things devices).

The initiative has already taken off close to home – in Tasmania, as it has been planted on 10,000 bees already. The device is actually really clever, in the way it can generate energy from the vibration of the bee. The device itself has a processor, 1GB of memory, 5GB of storage, wireless, Bluetooth and a battery – Yes all in that little package on the bee’s back.

CSIRO’s Professor Paulo de Souza compares the bee backpack to an airplane’s “black box flight recorder.” He says the system can help them monitor and analyse “the effects of stress factors including disease, pesticides, air pollution, water contamination, diet and extreme weather on the movements of bees and their ability to pollinate.” Since bees are pretty predictable, a device that can track their movements could lead researchers to identify what stressor makes them act weirdly and ultimately cause their death.

33% of our food is created by wild bees pollinating our plants, which could have the knock on effect of our food prices going through the roof without understanding the alarming death rates of the bees. Plant pollination needs to happen for food sources including fruit and vegetables.

CSIRO’s global initiative partnered with Brazil, Mexico, New Zealand and UK plan to release the findings of the backpack solution next year sometime, as the death of honey bees would affect everyone on Earth. Let’s hope the Internet of Things will save the day.

Day 2 of WEC2019. 3 myths about the future of work. Robots not taking over the world. #loveyourwork #employment #futureofwork